5 Mistakes That Will Turn Your Car Accident Into a Lawsuit

Experiencing a car accident is terrifying in the moment, but negative effects can linger long after you have healed. Even the smallest rear-end incident can be strung out into an emotionally draining and expensive lawsuit if you don’t take steps to protect yourself. Knowing common mistakes can help you avoid your accident becoming a lawsuit.

Calling 911 can feel unnecessary if it is a minor accident, or make an already stressful situation more drawn out if no one is injured. But calling 911 ensures that a police report is made of the accident. An official record can be valuable if you end up in a situation where the other person is at fault yet tries to place the blame on you.

Don’t let the other driver or passengers in either vehicle convince you not to call 911. The police report will provide valuable information and evidence in the report can support your claims if the other person is indeed at fault.

A police report is also helpful when, depending on the severity of the accident, you may not be capable of answering questions or documenting evidence. By calling 911, you are ensuring that a neutral party (and more specifically, someone not impaired by the crash), is taking notes and recording information that you might miss due to shock or confusion. It is also important to note that in some states you are legally required to report an accident, so protect yourself by doing so for even the smallest fender bender.

A car accident is a stressful experience and emotions can easily get the better of us, especially if the accident causes head trauma. A common first instinct is to jump out of the car and apologize to the other driver, regardless of who was at fault. But you don’t want to be in the position of accepting blame for an accident you did not cause because this can be used against  you later on.

Even admitting to a minor error can affect your chances of receiving the full amount of damages that you may be entitled to. For example, if you get severely rear-ended and apologize to the other driver even though they were tailing you, your admission can be used against you by their insurance company which can then turn the case against you, leading to a fabricated lawsuit for an accident for which you are not at fault.

Answer questions as simply and directly as you can when talking to law enforcement and the other driver, but don’t make any statements that could imply fault until you’ve had a chance to speak with a lawyer. Further review of the accident by law enforcement and your lawyer can uncover evidence that proves you were not at fault. Wait until you and your lawyer have all the information before deciding on how you will move forward in communicating with the other driver and your insurance companies.

The first calls by both parties involved in a car accident are usually made to their insurance companies, however you should avoid speaking to the opposing company. The other driver may try to insist or give reasons why you have to speak to their insurance, but it is better to wait until you can speak with a lawyer about the accident.

The other insurance company will likely try to get you to admit fault through clever questioning, and they may also be recording the call. Both of these can set you up to lose a case if you give too much information or are impaired in some way by the accident. The opposing insurance company is going to do anything to ensure that they do not have to pay, so it is better to not speak with them at all or to simply let them know that you will only speak with them at a later date with your lawyer present.

No matter what they say, you are not legally required to make a statement to the other party’s insurance. This is true both in the immediate aftermath of the car accident, and later on as you are dealing with an ongoing case or settlement negotiation.

If the other party does try to push a lawsuit on you, you can have your lawyer communicate directly with them on your behalf. Even if in the heat of the moment you are not sure if you will need a lawyer, you can still make a statement about needing to speak with one before talking to the other insurance company.

After you have called 911, make sure that you exchange information with the other driver and use your phone camera to document damage to your vehicle and any evidence on the road, such as skid marks, obscured signage, weather conditions, defective traffic control devices, broken glass, or debris that may have contributed to the accident. It is especially important to do so before the vehicles have been moved.

A police report will document the same information, but having your own evidence can help your case. You can also request a copy of the accident report and the badge number of the officer who is taking down the information, to ensure that what they report is consistent with what you told them. Remember that they are most likely depending on eyewitness accounts (few car accidents happen with police conveniently located nearby as witnesses), so it is important that their report accurately reflects what you communicated.

Careful documentation and confirming that the police report backs you up can protect you and corroborate your story in the event that the other driver attempts to file a contentious lawsuit against you. Even documenting something as simple as the way the cars are angled can be used to corroborate your recollection of the events that led to a crash. A literal “big-picture” image can mean the difference between whether or not the other party tries to take you to court.

If the accident occurred in a major metropolitan area, it means that traffic cameras may have recorded the crash, and that documentation may also be used to prove your claim of what happened that caused the crash. There may also be video documentation available if the accident happens in the parking lot of a major store or business. It’s worth requesting if that evidence helps you avoid both a fabricated lawsuit or a lawsuit that does not go in your favor because of missing evidence.

Mistake 5: Not hiring an experienced lawyer

One of the biggest and most common mistakes made after someone has a car accident is not hiring, or at very least consulting, with a lawyer experienced in car accident cases. It can be easy to be swayed from the idea by the thought of the cost, or you may even be discouraged from it by the insurance companies involved.

Remember that insurance companies are not qualified to give you legal advice, and as they are in the business of saving money, the advice they give will usually benefit themselves rather than you.

Car accident victims who hire lawyers tend to get more than triple the amount of money than those who don’t. A skilled lawyer will review your case (usually for free during the initial consultation), advise you on the wisest course forward, and can even turn a frivolous lawsuit against you around and ensure that you receive the compensation needed to recover from negative physical and financial effects of the accident.

Mistake 6: Leaving the scene of the accident

It should go without saying, but never leave the scene. The consequences for a hit and run can be severe, so even if you are at fault, you have a better chance of resolving the accident without a lawsuit if you stay put and work with law enforcement. Again, if you think you may be at fault, answer questions as simply and directly as possible and document everything. Leaving the scene is grounds for legal proceedings to be filed against you.

Car accidents can leave you feeling stressed, bewildered, and confused about how to protect yourself. Torrone Law can provide you with a free consultation to help determine the best next steps after a car accident.

5 Important Things to Know Before Hiring a Car Accident Lawyer

When you have experienced a car accident, particularly one involving serious damage and injuries, you may be tempted to hire the first car accident lawyer that comes to mind. It is easy to make a quick decision in the stress and chaos that follows in the wake of an...

END_OF_DOCUMENT_TOKEN_TO_BE_REPLACED

Is a Personal Injury Attorney Necessary?

When dealing with the effects of a serious personal injury, it’s hard to know where to start in terms of seeking legal support. Between visits to your medical provider, dealing with insurance, and the stress of lost work or wages, it can be hard to add another to-do...

END_OF_DOCUMENT_TOKEN_TO_BE_REPLACED 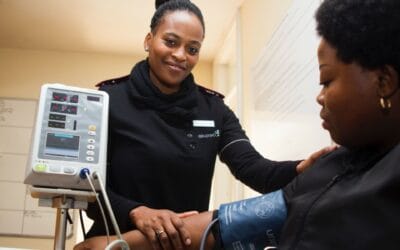 5 Important Things to Know Before Hiring a Car Accident Lawyer

When you have experienced a car accident, particularly one involving serious damage and injuries, you may be tempted to hire the first car accident lawyer that comes to mind. It is easy to make a quick decision in the stress and chaos that follows in the wake of an... 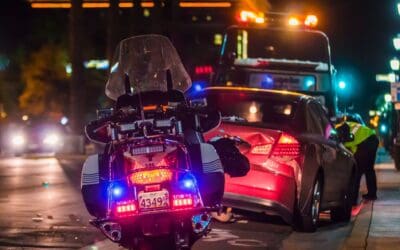 Is a Personal Injury Attorney Necessary?

When dealing with the effects of a serious personal injury, it’s hard to know where to start in terms of seeking legal support. Between visits to your medical provider, dealing with insurance, and the stress of lost work or wages, it can be hard to add another to-do...

Torrone Law will help you fight an unjust system to get your life back on track and restore your family. You deserve to  whole and we will do everything in our power to get you the results you need.

How Can We Help You?

A Special Message from Torrone Law

Like many of you, we are closely monitoring the outbreak of the Coronavirus (COVID-19) and the impact it is having on everyone around the world.  Nothing is more important than your health and safety, and the need to protect those most vulnerable to the Coronavirus.

We are only scheduling appointments by telephone unless instructed by our office otherwise.  We apologize for any inconvenience this may cause.  With technology, we are more than capable to assist you with your legal needs.

As new developments emerge regarding the Coronavirus, we will share information with you about how we will continue to operate safely and effectively for our employees and clients.

You have Successfully Subscribed!